Antidepressants: Bad for the Bones Many doctors prescribe antidepressant medications if patients insist or if physicians know of too few other tools in their toolbox when it comes to treating depression, anxiety, obsessive compulsive disorders, and menstrual symptoms, such as hot flashes and night sweats. No surprise; more than 10 million prescriptions are dispensed annually for antidepressant drugs, such as fluoxetine, citalopram, sertraline, paroxetine and escitalopram. However, these drugs come with a number of side effects, including headache, dizziness, diarrhea, constipation, insomnia, weight gain, heart rhythm problems, and erectile dysfunction. New evidence is beginning to emerge that the use of antidepressants may increase the risk of fracture.

The findings of this study are similar to the results of another study published in the Osteoporosis International Journal. Data from this study revealed that the use of selective serotonin uptake inhibitors (SSRIs), a class of antidepressant drugs, may double the risk of fracture in adults in their 50s or older. Selective serotonin reuptake inhibitors (SSRIs), such as fluoxetine and sertraline, are currently the drugs of choice for treating depression. These SSRIs constitute about 65% of the antidepressants prescribed by doctors.

Low serotonin levels are believed to be the cause of many cases of depression. Serotonin is also known as the happiness chemical. Most antidepressants, especially the SSRIs, work by inhibiting the uptake of serotonin by the body cells, thereby elevating the amounts of serotonin utilized by the brain cells to help regulate our mood. Evidence has also shown that serotonin plays a vital role in the formation of new bone cells. "If you alter the ability of the bone to use serotonin, you will get a reduction in bone density," says David Gotlzman, MD, director of the Center for Bone and Periodontal Research at McGill University, Montreal, Canada. A decrease in bone mass increases the risk of fracture.

Depression is a common mental disorder in the United States. An estimated 9 million Americans experience bouts of depression every year. Surprisingly, oil-free, whole-food plant-based diets can help to fight off depression. Filling our plates with plant foods, (while excluding animal foods) has been shown to cut the risk of depression by 62% according to Beezhold, et al.  Natural MAO inhibitors found in plants such as berries, onions, mushrooms, apples, legumes, and green leafy vegetables, can help boost our moods, help us to feel better, and keep depression at bay, without drug induced side effects.. Eating a plant-based diet has been shown to alleviate depression in many patients as well as PMS and menopausal symptoms in women.
https://www.drcarney.com/blog/science-inspired/diet-can-alleviate-depression-and-pms-symptoms 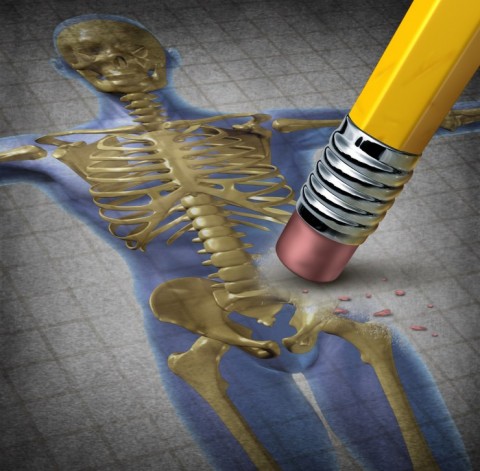 Scroll Down Page to Leave Comments

Need Support?
Have we got a group for you! Join, or create, a Starch-Smart® Support Group and connect with like-minded community members today.

DrCarney.com brought to you by TheraLiv, Inc.

Support our Nonprofit Work
Please donate to our charitable nonprofit corporation, TheraLiv, Inc., a 501(c)(3) tax-exempt organization through the PayPal Giving Fund, creating Fundraisers on Facebook, or contributing through our PayPal Account.

Increased Risk of Dementia in Patients With Antidepressants: A Meta-Analysis of Observational Studies

Low-Carb Theory Regarding Meat/Insulin is Flawed
Due to rising obesity and insulin resistance rates, low-carb and Paleo diets have become a popular approach to the growing population of overweight Americans. As stated by Dr. John McDougall, "Advocat...
Read More

Nathan Pritikin Shows Heart Disease is Reversible
Meet Frances Greger, Dr. Michael Greger's grandmother (in the above two videos). Dr. Greger says that his grandmother "was given a medical death sentence at the age of 65."  Seeing his ...
Read More

From Survive to Thrive: Patty's Cancer Journey
Cancer Success
Depression Success
I followed Dr. Carney's blogs online for a long time before making my first appointment. Three years earlier I had become plant based due to a breast cancer diagnosis. That was an adjustment. I f...
5 comments
Read More

From Sun to Plant to Plate
Starch-Smart System
As depicted in the Starch-Smart® Logo: Health is gained by eating foods deriving their energy directly from the Sun. This is the Starch-Smart® cycle of life! The closer we are willing to stick to...
0 comments
Read More